Erasing the Boundary Between Development and CI 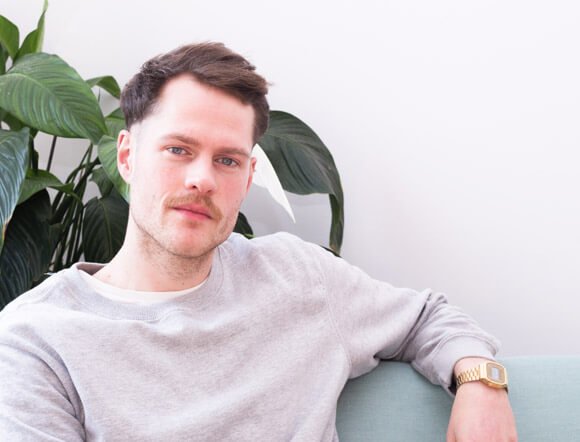 There’s a divide between continuous integration and day-to-day development. This leads to complicated workflows and duplicate logic that’s hidden away in bash scripts and configuration files.

Compared to local development, CI is an entirely different context in which to build and test application code. From a developer’s perspective, CI is a parallel universe.

Case in point: My tests fail in CI. You know what? That’s fine. They’re _my _tests, doing what they’re supposed to. The context of what I was working on is still fresh in my mind and tracking down the issue is straightforward.

I’m not as confident when I have to debug the CI config itself. A different operating system with different tools, commands need special flags, and I find myself using YAML as a scripting language. It’s different territory.

The problem compounds when dealing with complex stacks composed of multiple services:

Even with automated workflows for building and testing our code, porting them from local development to CI is difficult.

We end up with a whole host of bash scripts, imperative configuration, and special cases that we need to maintain for multiple contexts.

However, the primitives are the same: We’re still building and testing chunks of code. Except that how we do it is scattered across scripts and config files and duplicated between contexts.

What we need is structure—and a tool that can tie it all together.

From Source to Finish

With Garden you get structure by declaratively describing each individual component of your application.

How is this one component built? Run? Tested?

The descriptions are co-located with each component, resulting in smaller units of configuration. After all, distributed systems shouldn’t have monolithic configs.

This way we’re able to focus on a single part of the system at a time, and have the tooling do the heavy lifting.

And that is exactly what Garden does.

Garden pulls together the individual components — each relatively simple — and creates a stack graph of your entire system. The stack graph is an opinionated graph structure that holds all the information on how to build, deploy, and test your application, and in what order.

With it, building, testing, and deploying aren’t series of imperative steps anymore — they’re single commands that we can apply in any context. My machine, your machine, and CI server.

As a result, the mental model changes. You’re no longer jumping between disconnected contexts. Instead you use the same tool and the same commands for the entire development cycle.

Garden compiles your stack and applies it to different contexts.

For CI, this means:

Let’s see this in action!

I’ll demonstrate how to set up a project that Garden can build, test and deploy both locally and in CI. The end result is an application that has two services, unit and integration tests, and a fully functioning CI pipeline. The source code is available on Github.

For a more detailed, step-by-step guide, please check out the Garden documentation.

We’re using CircleCI as our CI platform for this demo. Pushing a commit to Github triggers a CircleCI job that builds and tests the entire project and then deploys it to a preview environment.

The first service is a simple web server written in Golang. All it does is return “Hello from backend!” when you call it.

To use it with Garden, we place a <span class="p-color-bg">garden.yml</span> config file into the same directory. The file looks like this:

We also need a project-level config file that specifies what environments we want to use:

This is all Garden needs to build, deploy and test the backend module.

The preview environment uses the <span class="p-color-bg">kubernetes</span> provider and includes some information about our cluster that the provider needs. Here’s the full configuration.

During development it’s convenient to use the <span class="p-color-bg">garden dev</span> command. It builds, tests, and deploys the entire project and watches the codebase for changes. Thanks to the stack graph, Garden only rebuilds and re-tests what’s needed when it detects a change.

Let’s break it down:

Let’s see what happens after we add a frontend service and an integration test. Here’s a link to the full configuration. The important bits are below:

Now lets turn to our CI config to add the new service and the tests. No wait! We don’t have to.

The CI config is the same, even though we’ve added a new service — written in a different language and with its own set of dependencies — along with the integration test.

This is because Garden holds the entire stack graph. It knows how and when to build, test and deploy our system. We only focus on describing each individual component. And as our application grows and evolves, our workflows remain the same.

This example barely scratches the surface and there are many more features to uncover. In a real world project we might want to:

Our applications run in a lot of different contexts but the basic primitives of building, testing, and deploying apply throughout.

By describing the components of our system in a structured, codified manner—and having a tool to bring it all together—we can erase the boundary between these contexts.

Check out our project on GitHub. The Garden orchestrator is free and open-source, and we’d love to hear your feedback!